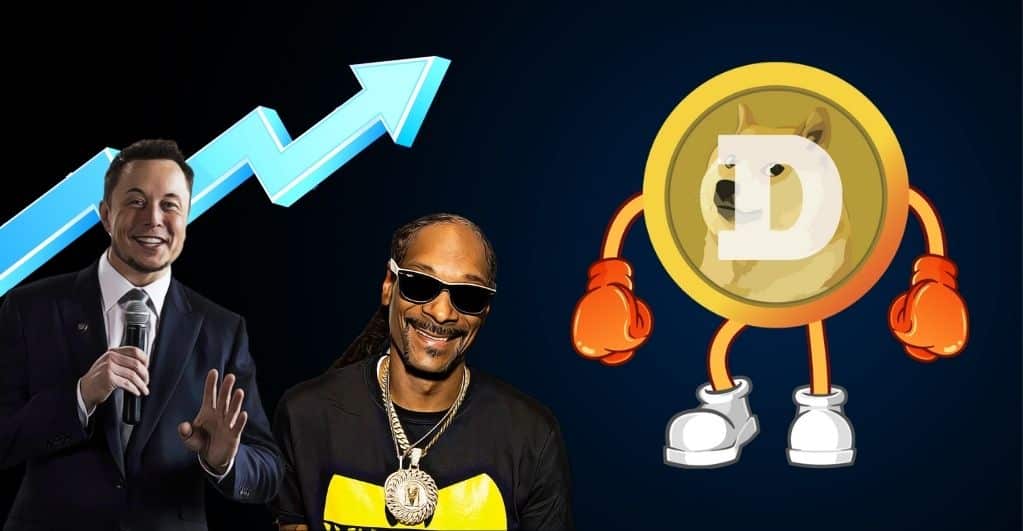 Dogecoin that started as a joke cryptocurrency with a Shiba Inu dog for its logo with a perpetual surprised look has gone up by a thousand percent in the last week, setting a record. Bitcoin went above $47,000, and even cryptocurrencies as Tera and Salona are on a steep rise. The value of cryptocurrencies has gone beyond $1 trillion just in the last month. Elon Musk, who was high on DOGE, his electric car company, Tesla, announced Musk as the world’s richest person. Tesla bought USD One and a half hundred billion worth of Bitcoins and would accept payments in bitcoin.

The interest in cryptocurrency has been building up for more than a year now. PayPal has partnered with consumer apps allowing users to sell, buy and hold cryptocurrencies. Owners of some of the renowned Hedge funds in the world like Stanley Druckenmiller and Paul Tudor Jones, are investing in cryptocurrencies that are putting them at par with gold assets. The GameStop, the video game retailer, was revived by fans on social media who brought in huge amounts, saving it not only from sinking but helping it to attain 350% profit. Similarly, DOGE has been driven by social media memes, and as per Dogecoin future, it is expected to have an equal value of US $1. The investors of the new generation are investing and spending money in the crypto world.

Dogecoin at an all-time high

The meme crypto DOGE has gone up more than 55% and is at its peak with Snoop Dogg, the American rapper, and Gene Simmons joining Elon to promote DOGE on Twitter. Doge started at $0.056, went up to $0.0872, and finally settled at $0.084, putting the cryptocurrency all-time high at 55%. Doge stands at 1,380% in the year. Elon put up a Lion King image of himself, who is holding up Simons, who in turn is holding up Dogg, who is holding up Shiba Inu. Elon added Simon as the kiss rocker in the meme who tweeted that he is the God of DOGE. It raised the coin by four spots on the seventh position as it surpassed chainlink at the eleventh spot, Litecoin at the ninth, and BNB at the eighth.

The market value of DOGE currently stands at $10.8 billion. Why are Elon musk and Snoop Dog talking about Dogecoin? The Tesla CEO Tweeted that if the bigger users sell most of their DOGE coins, he would personally support his favorite cryptocurrency. That excess concentration would be the only issue. DOGE immediately rose to 9%. He has also spoken of the coin as a playful experiment so that folks could use the new technology. Elon’s tone has changed from crypto jokes on DOGE to serious remarks as it appearing to be inflationary but not so, meaningfully. Snoop Dogg, the American rapper, amongst other inspired celebrities, responded with a selfie as Snoop Doge.

Is this the reason for putting Dogecoin all-time high?

Why Elon is promoting has got many people wondering. Do some wonder whether he is on his way to resignation from Tesla? Is he on a self-destruction path? Does he have personal reasons or investments in DOGE? Or simply mocking the SEC US Securities and Exchange Commission and therefore helping DOGE to come on top? But his investment in Bitcoin that amounts to US $1.5bn shows his genuine interest in cryptocurrency, even if he is having fun with DOGE. He commented recently that occasionally he makes jokes about DOGE, which are meant to be only jokes.

Elon’s jokes move markets in reality as DOGE value went up to 800%, which is called GameStop’s crypto version. Musk’s tweet on Vogue parody that put up an image of a dog as ‘Dogue’ further moved markets in favor of DOGE. He has similarly moved markets for Signal, Shopify, and Etsy. Elon was investigated by the US Securities and Exchange Commission in 2018 when he made tweets on taking Tesla private. He was to resign as the chair and remain as Chief Executive, pay a fine of $20m and stop his tweets. It did not discourage Elon.

Doge is on an all-time high with avid supporters like Tesla’s Elon Musk’s tweets and Snoop Dogg rapper joining him on promoting the crypto coin. The crypto that started as a joke with the Shiba Inu dog icon with a surprised facial expression has gone above 1000% in the last week. Cryptocurrencies are overall doing well and have surpassed $1 trillion in the past month. Tesla has bought USD1.5 billion worth of Bitcoins and has started accepting payment in bitcoin.

Tesla’s CEO Elon Musk finds DOGE to be his favorite cryptocurrency and has gone all out to promote it. His self-image of Lion King holding up Simons, who in turn is holding up Dogg, who is holding up Shiba Inu, moved the DOGE market at $0.084, an all-time high at 55%. While many people wonder whether he has a personal reason for investments in DOGE, or simply mocking the SEC, Elon claims that it is a joke and he is just having fun. But if it was so, he would not have invested 1.5 billion in Bitcoin that only shows his genuine interest. Either way, Elon moves markets with his tweets.