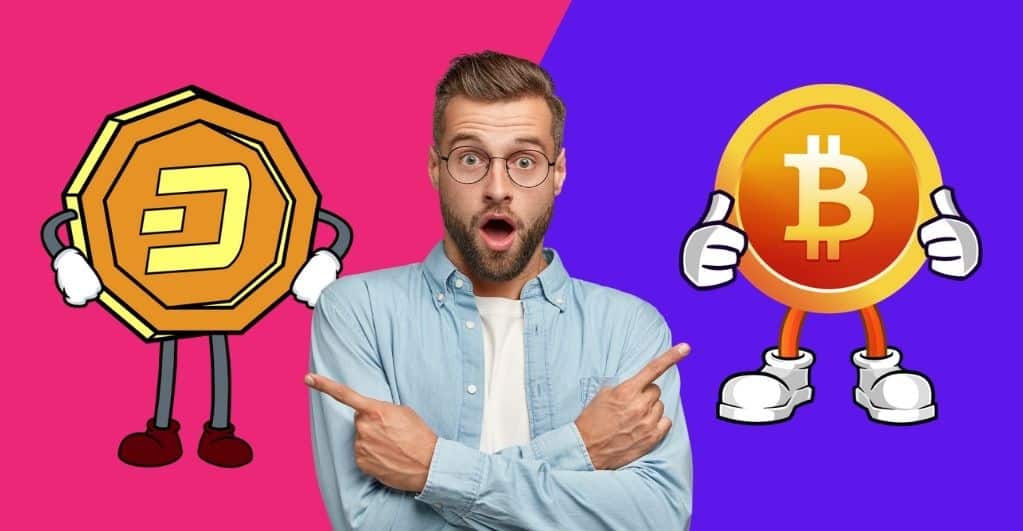 In the cryptocurrency ecosystem, Bitcoin was the first entrant in the market and hence, always has the benefit of being the first mover in this space. Bitcoin was launched in 2009 by Satoshi Nakomoto, an unknown creator of the coin. Bitcoin (BTC) is the largest, highly valued, and most credible cryptocurrency in the global crypto market. However, apart from Bitcoin, many other digital coins are hovering in the crypto market. Dash is one such coin in this market, which is gaining significant attention from users. Dash is different from Bitcoin in terms of the algorithm used during the mining process and the system of handling transactions.

Dash is a free source cryptocurrency and an altcoin that diverged from Bitcoin’s set of rules and principles. It was created and launched on January 18, 2014, originally in the name of Xcoin by Evan Duffield and Daniel Diaz. The creators had formed this altcoin based on Satoshi Nakomoto’s Bitcoin whitepaper, and they described this altcoin as the first confidentiality-centric cryptographic coinage. Later, between 2014 and 2015, it was rebranded from Xcoin to Darkcoin, and in March 2015, it was finally rebranded and renamed Dash.

Dash digital token is also a decentralized autonomous organization (DAO); Thus, it is governed by users on a blockchain through ‘Masternodes.’ These masternodes governing the token must have at least a minimum stake of 1000 Dash digital currencies in their wallet or system. The masternodes must have a static IP address, CPU, RAM, disk space, and network bandwidth to operate smoothly and ensure that the most recent blockchain procedures are followed virtually. The main objective of the Dash is to become a mode of daily transactions in the form of a digital currency that will be able to replace cash, credit card, or PayPal. In terms of its supply, approximately 10,031,849 Dash coins are in distribution, with a maximum supply capping of 18,900,000 Dash coins in the market.

Key Difference Between Dash and Bitcoin

Comparison between Dash and Bitcoin is as follows:

Price History of Dash as Compared to Bitcoin

The current price of Dash is approximately USD 227 per coin compared to Bitcoin’s price that is USD 55,000 per coin. Dash has always been a slower mover in terms of the price of the currency. The main reason why Bitcoin today rules the crypto space is because of higher demand than supply. Although the Dash coin is fully motivated on its own and willing to take after the modified principles of Bitcoin, it has a long way to reach up to the level of Bitcoin. As per the industry experts and market statistics, Dash coin was listed amongst eleven cryptocurrencies along with Bitcoin (BTC) for being subjected to high volumes of daily transactions on their network. Looking at this pace of growth, there is no doubt that Dash is rising at an extremely fast pace of approximately 150% almost every month in terms of the value of each Dash coin.

Dash Price Prediction for Next 5 Years

Various factors in the market regulate the price of almost all cryptocurrencies. However, considering the past and present performance of the Dash Coin, it can be said that it will spring up the growth ladder sooner than others. Further, the Dash price prediction by the industry experts is speculated to reach USD 950 by the end of 2021, and in the next five years, which will be till 2025, it is expected to reach about USD 2800 per Dash coin. For more details on Dash price prediction, visit https://www.cryptonewsz.com/forecast/dash-price-prediction/.

Is It Profitable to Buy Dash Coins?

Looking at Dash Coin’s performance, market review, and statistical data, Dash seems to be a potential and profitable investment option.

Dash is an altcoin thriving extensively in its community, and it is unique from others in terms of scalability that drives its price value in the market. Dash, compared to Bitcoin, is lower in terms of value but advantageous in terms of speed, transaction fee, privacy, and many other aspects. Also, the price growth of Dash has been approximately 130 % to 150% on average. It is also speculated to reach a price hike of USD 2800 per Dash coin from the current price of USD 224 per Dash coin in the next five years. This implicates the potential and capability of the altcoin to be one of the most sought investment options in the crypto space.

Shiba to Be Listed on RobinhoodApp, Says Dr. Joe Reed