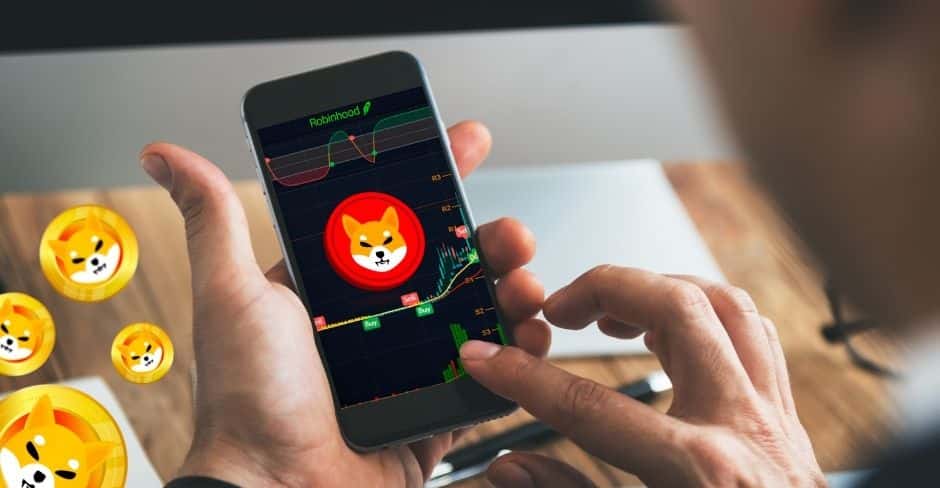 Shiba Inu recently broke through the roof with a 100% surge in a week. The crypto is again making headlines after a Wall Street Journal contributor talked about its possible listing on RobinhoodApp.

Dr. Joe Reed, a contributor to CNN and Wall Street Journal, recently tweeted a screenshot, leaking the conversation between Shiba and RobinhoodApp. The screenshot shows Shiba asking whether the venture will announce the launch soon.

Joe stated that one of his insiders at RobinhoodApp managed to take the screenshot. However, there has been no official announcement from either venture. In fact, RobinhoodApp stated that it is not in any hurry to list new cryptocurrencies.

As the spinoff of Dogecoin, Shiba has become the eighth largest cryptocurrency. Amassing over 42 billion dollars in market cap as a meme coin is an impressive feat. The coin has managed to achieve it within a limited span. As per the current trend, the Shiba Inu coin future is great; the crypto might grow severalfold in the near future.

It even overtook Dogecoin, which started in 2013 as a satire of cryptocurrencies. After the recent Shiba price spike, the market is already eyeing chances to boost its value. Under such circumstances, rumors from sources like Joe Reed only enhance Shiba’s market value.

The trend went on to become the number one question on Robinhood’s ‘Say Technology’ forum. The platform crowdsources questions from retail investors. This time, most of them enquired when Robinhood would add new coins like Shiba Inu.

Moreover, an online petition to add Shiba on Robinhood has reached almost 400,000 signatures. The platform is also experiencing hundreds of tweets stating “when #shiba” thrown at it. The crypto is available on selective exchanges like Coinbase.

If Shiba gets on platforms like Robinhood that offer lower fees, its popularity will boost severalfold. However, the brokerage app plans to wait for additional regulatory clarity before listing new currencies. Thus, it appears Shiba supporters will have to wait sometime before its listing on Robinhood.

Differences Between Dash and Bitcoin