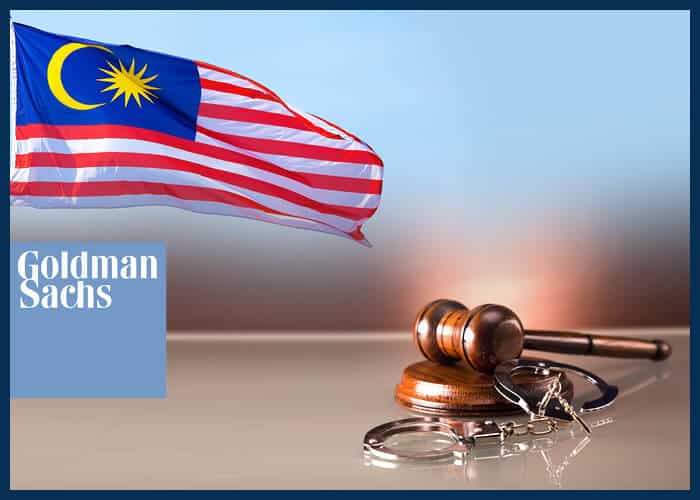 Malaysia’s attorney general Tommy Thomas has instituted criminal legal proceedings against Goldman Sachs International after investigating for months on the 1MDB scam. In addition to previous Goldman partner Tim Leissner, alleged scam plotter Jho Low and former 1MDB counsel Jasmine Loo have also been booked. The Wall Street Journal stated that the authorities in Malaysia had given a statement asserting the prosecution for deleting substantial data and publishing false statements which are crimes in accordance with Malaysia’s securities laws.

The attorney general further went on to highlight that the crimes committed were regarding documents for international bond sale which were given in the year 2012 and 2013 by 1Malaysia Development Bhd.or to simply put 1MDB. He confirmed that bonds of up to $6.5 billion were arranged by Goldman Sachs; about $2.7 was misappropriated wherein the bank gained over $600 million eventually.

1MDB is one of the reasons to pull down the reign of the previous prime minister Nazib Razak, ever since it has become a political and legal black hole. It also became the attention of a major international search which was headed by the United State Justice Department followed by authorities across Southeast Asia and Europe. Goldman Sachs has grabbed eyeballs during the investigation, as former executive Roger Ng is at present fighting banishment to the U.S.

A section of the statement read that Malaysia recognized the allegations to be serious and not at all frivolous as per its security laws are concerned and those under speculation would need to pay criminal fines which would go somewhere beyond the $2.7billion funds that were mishandled from the bond proceeds and $600 million in remuneration collected by Goldman Sachs. In addition, a maximum term of imprisonment of 10 years could also be given.

In a different case, Leissner has pleaded guilty which was against him by the U.S. Department on grounds of misappropriating public funds and bribing officials in Malaysia and Abu Dhabi. While Leissner awaits the decision Low and Loo who are charged with fund manipulations are absconding. In answer to the charges, Goldman Sachs has denied these charges stating that they are altogether not true and would definitely cooperate with all investigating officials.

As the need of the hour is for extensive regulation of the cryptocurrencies this misappropriation of funds has unfolded parameters where theft and money laundering are permissible through malpractices.
It would highly be impossible to carry on misappropriation of funds if total transparency is given by cryptocurrencies and officials could not likely get away with a huge amount of dollars.