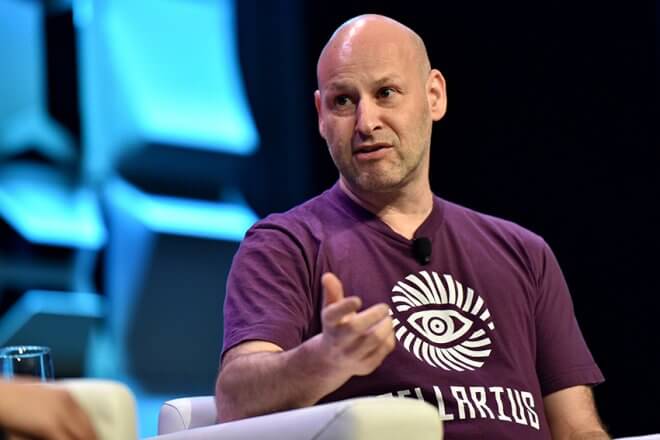 As per the opinion of Ethereum co-founder Joseph Lubin, the future market of the crypto industry is very bright although the prevailing situation might not be sounding beneficial to the ultimate investor. He quoted that “Peeking into 2019 if you could see the landscape through my eyes, you’d have to wear shades”.

Lubin, who is also the CEO of blockchain startup ConsenSys, revealed that “I am calling the crypt bottom of 2018. This bottom is marked by an epic amount of fear, uncertainty, and doubt from our friends in the 4th and crypto-5th estates.”

Joseph Lubin’s prediction for 2019
According to a recent CCN report, ConsenSys recently went through a restructuring process to increase its business efficiency level and hence doubled its employees up to 1200. While going through the restructuring process, ConsenSys eliminated one of its start-up company as the delivered project didn’t meet the required quality requirement criteria which ultimately led to the reduction in value and the same got replaced with another company to create tangible value for the company. For the expansion process, Lubin had financed such operation, but due to the present unfavorable situation in the market, he has currently withdrawn his invested amount.

However, as per Lubin, people shouldn’t predict the future based on the current prevailing market condition. Lubin further added that he has in the past, faced bundles of difficulties but that does not bring out the correct conclusion and has warned the potential investors that time will soon change and there will be a positive scenario with respect to the cryptocurrency world.

Lubin also stated that “We have been on the receiving end of an epic amount of conjecture and preemptive paranoia — filled with damning rhetoric about situations journalists and bloggers don’t have real data for.” He further tweeted “The sky is not falling. From my perspective, the future looks very bright. I remain excited about scalability solutions that are available now.”

Lubin sounded very excited while talking about 2019 and quoted that “We will see many exciting consumer utility tokens and tokenized security launches in the new year,”

As such with a positive mind frame with respect to the cryptocurrency he sent warm holidays wishes to various people including supporters as well as haters with the salutation “Yours in Ethereal Serenity.”