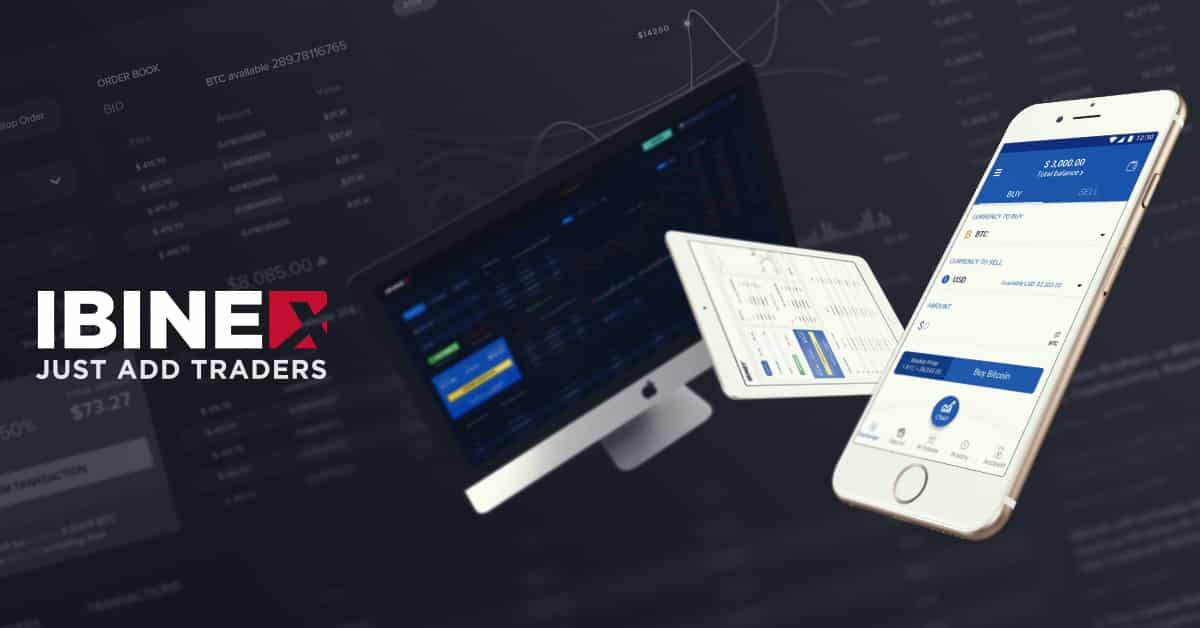 “This is the first of the many licenses and registrations to come.”

Estonia, 29th June, 2018-Not much has to be said about how successful Ibinex has been as a cryptocurrency exchange; it has been causing a ripple in the markets for a long period of time. There isn’t just one reason which can make it clear why this company is so well reputed, but the primary reason for this can be that it has clarity of vision about where it sees itself in over a span of time. This vision is to be the best broker, the best service provider for the numerous white labeled exchanges in the market.

The latest interview by Simon Grunfeld explains how they have a system in place which indicates what it is about this company that renders it a distinct feature. He says that he and his team take some time to evaluate the company, how it has been functioning and what it is its various policies. About the reasons which have led Ibinex to gain prestige and trust in the industry, Grunfeld says his exchange company does not just let its consumers run an exchange, it does much more, “we provide the liquidity to run it as well, they don’t have to source it, they don’t have to go out, run around and try to find relationships and find inventory, we do that as well.” Thus, Ibinex ensures that there are no glitches in the path of exchanges; it ensures that the hands of the exchanges are not as full as they have to manage a lot of other things. This is what enables the exchanges to seek out Ibinex, thus leading to its massive turn over.

According to the news, the latest feather in the cap of Ibinex is that it has just been awarded the license of trading in Estonia. Grunfeld believes that this is an outstanding landmark in its strife for the completion of its vision. However, it is quite understandable that changes would be made by Ibinex in its policies as a result of impending expansion; these services include the storage and transfer facilities, along with the provision of hot and cold wallet services. Besides this, there is also a provision for enhanced security in the face increasing customer base. Ibinex has promised encryption to protect the codes of its customers.

This decision fell in the favor of Ibinex after a long period of time, there were speculations going on for the same, however, ultimately, the license was granted to this Ibinex, opening the path to crypto currency for Estonia and paving the way for a lot of exchanges to establish them in Europe. Moreover, other service providers like Ibinex can also see themselves entering into trade in Europe. This provider of solutions for the white label exchanges has created a legacy of scaling unforeseen heights in the field of crypto currency. Because of this new scenario, because of the fact that Ibinex has uncovered a new threshold for the field of digital marketing, there would now be several companies looking at a better tomorrow and a willingness to follow the European dynamics to establish more efficient bench marks in this previously unexplored territory such that it leads to the holistic development of a lot of people.

As for Ibinex, it would not be an overstatement if stated that it has begun to carve its path and through its vision and purpose, has managed to alter the whole paradigm in the favor of crypto currency and those who aspire to be successful in this field.

Dorothy Willson
Dorothy Willson is a full time contributor to CryptoWhile. He holds major in journalism and social communication. He is closely engaged in curating and writing about cryptocurrencies and blockchain technology. He firmly believes that blockchain will transform our future financial market.
Next