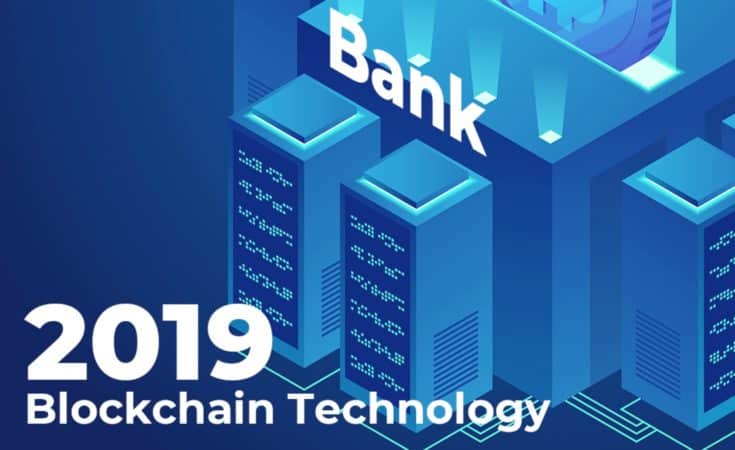 This is a highly debatable question and has arguments both for and against the statement. According to the professor, David Yermack, of the NYU Stern School of Business, “it’s only a matter of time before Central Banks withdraw banknotes from circulation and put the national currency into an electronic blockchain rending other banks unnecessary.” However, Brad Garlinghouse, the CEO of Ripple, has other opinions regarding this, and according to him, Blockchain will not necessarily render the banks and other financial instructions disruptive. Instead, blockchain technology will revolutionize how people are using banks.

Before trying to establish the authenticity of the word “disruptive,” it is important to know what it originally means. Everything new is described as “disruptive” or “innovative.” According to professor Clayton Christensen, who introduced the idea of “disruption” in the 90s, “any innovation that transforms a complicated, expensive product into one that is easier to use or is more affordable than the one most readily available. A disruptive business is likely to start by either satisfying the less-demanding customers or creating a market when none existed before. So, when mainstream customers start adopting the entrants’ offerings in volume, disruption has occurred”.

Blockchain works on a peer-to-peer basis. All information is stored in the blocks across its wide network. All the blocks are linked together with past and present transactions. These transactions are permanently recorded and reconciled in a cryptographic format. Therefore, this process of storing information all across the network eliminates the risk of fraud that is associated with the central data storage.

Technological innovations have made it possible for many to earn from online jobs that they can even do from their home. With the implementation of blockchain technology in the banks, the cost of sending these payments has reduced exponentially, which is good for the banks. Bank transfers before required a lot of verification requirements with the third parties, but with blockchain technology, there is no such need for verification as such. Hence, the processing time for payments has reduced drastically and so are the additional bank charges, which have reduced drastically.

Traditional banks use a centralized protocol to transfer payments between the parties where intermediaries process the actual cash. This process of payment takes at least 30 minutes if both parties approve the transactions, but in case the banks fail to reconcile their ledgers on time, the transactions will fail immediately.  However, this is never the case with blockchain technology. With blockchain, the settlement of transactions is done instantly. Blockchain technology allows the banks to keep records of their decentralized ledgers in the public network, rather than on the custodial services of the corresponding banks. As per the statement released by Goldman Sachs, banks could save at least $6 billion approximately in settlement fees and other costs annually, if they adopt blockchain technology.

The manual process for purchasing and selling securities is very tedious and generally is done by financial brokers, custodian banks, clearinghouses, and central security depository. This long process may attach inaccurate records and deception because it passes through several third parties associated with the process. If the banks adopt blockchain technology, it may help in the elimination of these middlemen and brokers and consequently can save the processing cost to as much as $17 to $24 billion. Through this blockchain technology, securities and assets can be transferred via cryptographic digital tokens much faster and with a much lower exchange fee.

Thus, blockchain technology has the potential to revolutionize the banking and finance sector. It helps in reducing the administrative costs, and also adds the trust factor into the various financial transactions. Blockchain technology can resist hacking, identity fraud, and DDOS attacks. It assists banks and other financial institutions to correctly identify people using blockchain digital identification.